The wait is over!

Officially released on November 12, 2019, WordPress 5.3 “kirk” has been in the talks of every tech individual and groups out there.

Well, for the obvious reasons that it is a successor of the most famous and known CMS in the market that has dominated about half of the charts. The most exciting part about this update is that it is named after one of the most renowned jazz American musicians Rahsaan Roland Kirk.

5.3 update is regarded as an example of one of the most refined versions; the platform would be offering its audience with enhanced block editor that can be downloaded and updated from the dashboard.

The release has offered three different things to all the users out there. These three features include the following:

But before you operate WordPress 5.3 release candidate, the user needs to utilize PHP native Jason extension. In case the extension is missing, the platform would send out an error and cancel the process of updating.

It has been nearly a year since the introduction of the block editor. WordPress Theme Development in this update has been improved. This theme extends it by presenting supreme flexibility at the core. The user can display their services and products with a combination of media blocks, columns, and groups.

In the new release of WordPress 5.3, the user even has the authority to set their content to wide or full alignment for dynamic and engaging layouts. Alternatively, the user would be able to reflect their thoughts with the help of the central content column.

In other words, this theme is all about readability and clarity. It involves a typeface inter which has been designed by Rasmus Andersson. The user would be able to witness Inter in a Variable Font version, a default that is there for the first time. Not only this but the theme assists in load time short by involving weights and styles of inter in only two separate folders.

Block Editor is one amongst WordPress 5.3 features that have improved from toe to head. This modification consists of over 150 features and usability enhancement that tends to integrate substantial images support for uploading non-optimized, high-resolution pictures that are taken from smartphones or maybe another high-quality camera.

Not only this but the update has also provided the user with accessibility enhancements that include the integration of block editor styles in the admin interface. With the help of these improvements, the user can fix various accessibility issues. Issues like consistency between editor and admin interfaces, new snack bar notices, color contrast on form fields and buttons. It also provides users with the introduction of motion communication with the blocks that in return, give a seamless and fast experience. Some of the unique features are:

The group and the column blocks now tend to show a blocker appender on an empty state. This appender has a grey area with a plus sign inside that tends to make the UI clear and also improves the block usability.

The user can now construct Group blocks with the help of group interaction; this means that the user can select many blocks and then later group them with just a few clicks. The user needs to add all the blocks that they need to the selection and then tap on the group for the ellipsis menu. Thus, hire best WordPress developers

In the all-new version, there is a column block that tends to support a sliding control in the block settings which allows the user to set a custom width for each column with an introduction to draggable resize control.

4. Layout Picker for the column blocks

One of the additional improvements to the column blocks in WordPress 5.3 is the layout picker. This is the feature that allows the user to choose from many predefined layouts. They tend to skip the default layout too, which then speeds up the editing process. The user would be glad to know that layout picker is an implementation of the Block Patterns API which implements a way to decide within a predefined collection of choices to select from while adding a block.

The gallery block has been offered and gifted with incline image ordering. The user has the authority to rearrange images in the gallery with a simple tap on move image forward and move image backward without actually reopening the media.

WordPress Development Company would be glad to learn that WordPress 5.3 tends to add even more flexibility and robust tools for the construction of different designs. Features like:

The image size has been one of the consistent pain that was brought in front of the WordPress Community. In the lateral version of WordPress, users have complained a lot about the way how the CMS deals with large image files. In this particular release, the issue has been addressed, and therefore the block editor has easily managed and granted the user with the sheer blessing of high-resolution files.

The color contrast has been improved with many accessibility issues that have been fixed.

In the latest update of WordPress, the user can easily rotate the uploaded image across the EXIF orientation. WordPress now tends to offer a native site health checker that rectifies issues with the website. In other words, this tool would inform the user about the possible available updates.

Before WordPress 5.3, the user uses to work on inline styles that used to change the alignment of the text blocks. The high specificity of the inline styles tends to make it hard for the users to customize the appearance of the blocks, but the candidate WordPress themes section can now take three new CSS classes replacing the inline styles.

Thus, the existing blocks and automatically convert the classes that are applied as soon the posts are opened and saved with the editor.

The latest update of this version brings different features and advantages to all the WordPress Website Development Company. Among which some of them are:

Improvement for Developers and Admins

Before you Hire Best WordPress Theme Developer you would be glad to know that it has taken a big leap for the developers and admin section.

WordPress 5.3 consists of a newly designed admin interface. The developers have fixed multiple accessibility issues that include various fields and buttons. Some of the most alluring features that have been introduced with the updates are:

An email verification tends to trigger after the admin has not logged in any period. By default, this interval is set to the time interval of six months, although the developers have the authority to establish different interval times with the help of the dmin_email_check_interval filter.

WordPress 5.3 now enables developers to work with the help of time and date zone and that too reliably. It consists of several brand new API functions that tend to provide the developers with unified timezone retrieval and PHP interoperability alongside the bug fixes.

When it comes to WordPress 5.2, there was a small percentage score grade that was displayed at the head of the site health status page. Although, some people expressed many concerns about the score grade, acknowledging it vague and challenging because the users could aim to reach a 100% score over what’s best for their website.

The improvement that is introduced in WordPress 5.3 tends to make it even easier to identify the users and for WordPress Web Development. There are expanded recommendations highlight areas that might need troubleshooting on the website from the health check screen.

WordPress 5.3 tends to aim to support PHP 7.4 fully. This release also contains many changes to remove the deprecated functionality and to ensure compatibility. WordPress continues to encourage all the developers and the users to operate the latest and most excellent versions of PHP.

5. Other changes for developers

Among others, some of the most critical and frequent WordPress Customization changes that are beneficial for the developers are:

The user also needs to make sure that they update the latest version of PHP. The user needs to install a premium theme or one amongst best BuddyPress themes and then refresh the plugins to guarantee that your WordPress website is safe and operating at a reasonable rate. Take advantage of the trend with the help of the best WordPress development services from a professional or an expert.

I am working as Sr. WordPress Developer at Wordprax for the past 10 years. I have several years of experience in developing different kinds of customized WordPress websites, WordPress theme customization, and WordPress plugin development. 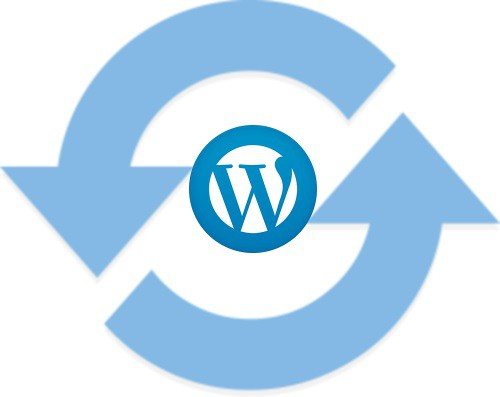 In the previous post, I talked about all the reasons to upgrade to version 2.6.+. After doing a few and researching some issues I thought I may warn you of… 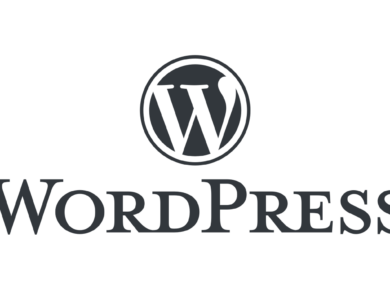 Have you looked all over the Internet for WordPress related how-to videos? If you’re like some people and like to learn things visually then the new site WordPress.tv may be…