Benefits And Positive Sides of Hosting a Hackathon

There are a lot of organizations and corporate companies which tend to organize a thing called hackathon which is uniquely designed for their employees. So, what exactly is a hackathon?

These hackathons are mainly a sprint like a marathon that can allow the developers, graphic designers, project managers and other employees of an organization to gather together and collaborate to different kinds of software-related projects. By doing this, they can create a very useful application or something new as a feature or a service for the company. When a hackathon is organized, the participant mainly gets a time frame of half a day (which is 12 to 14 hours) in order to build up their working prototype.

Is it a good idea?

Now the question that arises is, hosting a hackathon is a good idea or not. There can be many people believing in the idea that if they participate in a hackathon then it can be controversial. It is better for them to go ahead and use their time in coding. But one also needs to have an idea that these hackathon concepts are brilliant and innovative and thus, it can be a great platform for every individual employee who is very much competitive in nature and likes solving problems to work upon and give way to some new ideas.

According to studies, hosting a hackathon is not only beneficial for the employees who participate; but it is also very good for the companies or the organizations that have initiated it. Here are some major benefits that a company can gain by organizing a hackathon event.

Get some new inspiration

This is one of the crucial benefits that a company can get by hosting a hackathon. It may not be listed as a benefit but this can be considered to be the reason why an organization or the company can host it. There are plenty of people who work together at the same office on a regular basis and as a result they more likely to share the same perspectives to a particular thing or a problem. In fact, they also get inspired for the same reasons and they often tend to choose some similar kind of solutions when a particular situation arises.

As a result, this can create a very monotonous working culture in the office which is definitely not wrong but can be quite a bore. So, one always has to be in the search for some new ideas and some innovations because if all the employees keep thinking about solutions that are similar in manner and that too for a long time then after a certain point of time, it will get saturated.

When a hackathon is organized, one is forced to think out of the box. The employees who work for a company get to meet some new people and all of them together can storm their brains so that they can find some new ideas. This can only happen when they are challenged. As a result, the company or the organization prospers.

When a hackathon is conducted then there can be a platform for the new hiring grounds. Here, the conducting organization can always find some new people who are talented enough and they can expand their teams by hiring them. The cost of hiring new people in a traditional method is actually high. As per the studies, it is almost about half of the salary of an employee per annum. But every company keeps looking for new people who are competent enough and have a lot of self-motivation.

These people are most creative and they can dig out till the bottom till they are able to grab a new idea. That is why; a hackathon can be magic for the company and also for the people who are looking for a change in jobs. One can here gather different types of individuals and workers in the same space and the organization can also easily find someone who can fit their working team according to their requirements. But again, one should remember that a hackathon is not a recruitment tool but it can just be a minor part of it.

Trying to develop a new product

It is another major reason why a company should organize a hackathon because when a company hosts one, then people keep participating in it for the entire day and they try to create something new and better as an extension of a preexisting product. There are many companies who try to share their documentation with the participants only and then see how a fresh mind can deal with it.

This can be very beneficial because something very effective may come up in the hackathon even which can benefit the company immensely. But in order to get that, the hosting company has to provide all the needed information to the participants so that they can come up with something new.

When an organization or a company hosts any event, then the news of it always becomes public because of the visibility and the word of mouth. So, when one can host a successful hackathon then it can also spread the word and the company can establish themselves even more strongly in the job market. But making a hackathon stand out from other regular ones is also very important.

Hosting a hackathon can surround a company with a lot of new talents and creative people and this can help them to build a community. This can be a fun event but at the same time, one should never forget the primary goal of arranging it, which is; getting some new ideas. 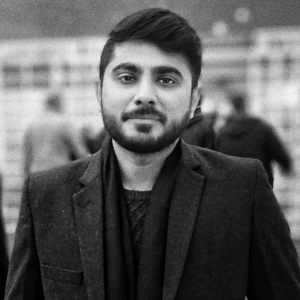